Sam was born and raised in Southern California and an alumnus of Stanford University. In his television career, he was a nine-time Emmy Award-winning writer, director, and television producer most known for co-creating "The Simpsons", in which he also co-wrote and produced several episodes.

He is remembered fondly by his foundation staff for his great love of dogs and people, generosity, and tireless championing for animal welfare causes. 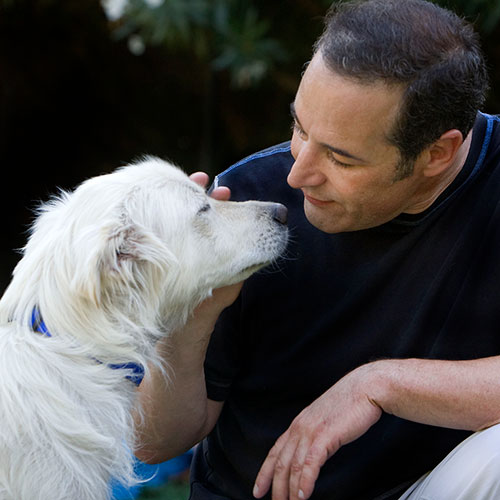 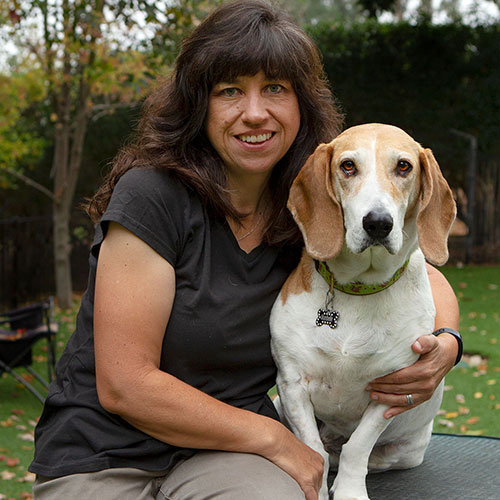 Barb has been training dogs since 1993. She spent 12 years training Hearing Dogs for Dogs for the Deaf, Inc (Dogs for Better Lives).

Since 2004, she has been manager and an instructor for the Assistance Dogs Program, as well as occasionally providing educational presentations.

Barb holds a bachelor's degree in Laboratory Medicine from Old Dominion University. Her hobbies include cooking, aromatherapy, and skincare formulating. She is currently owned by two diva, princess dogs!

Kim has always shared his life with dogs. For over 2 decades, he has been an instructor for Hearing Dogs and, since 2009, including PTSD Service Dogs.

Kim grew up in Northern California and served 10 years in the Air Force in which he worked as an OR tech and in air traffic control.

When Kim is not training, he can be found enjoying special time with his dogs outdoors at the beach or on a hike! He feels truly fortunate to be able to work with such a tight-knit team! 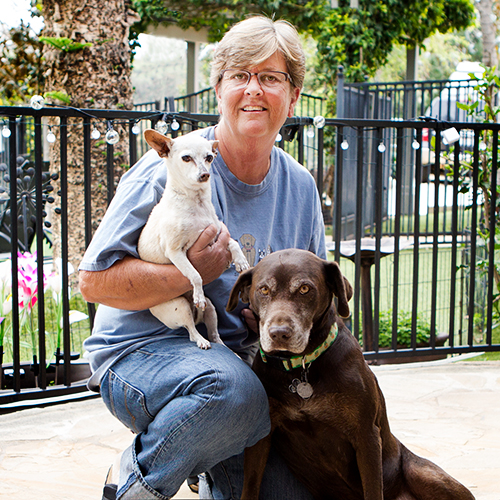 Lori has been living with dogs all of her life, so living at the Foundation with all of the dogs comes naturally. She currently claims two of the dogs, Ryder and Mango as her own “personal dogs”. She has been working as an Assistance Dog Instructor since September of 1989, but started working here at The Sam Simon Foundation in May of 2005.

She was born in Oregon, raised in California, and lived a short time in Washington. She considers herself a native of the west coast. When she isn’t working, she enjoys photography. When not photographing the dogs, she is usually chasing the birds around with her camera. Working and living in Malibu is a perfect fit for her. 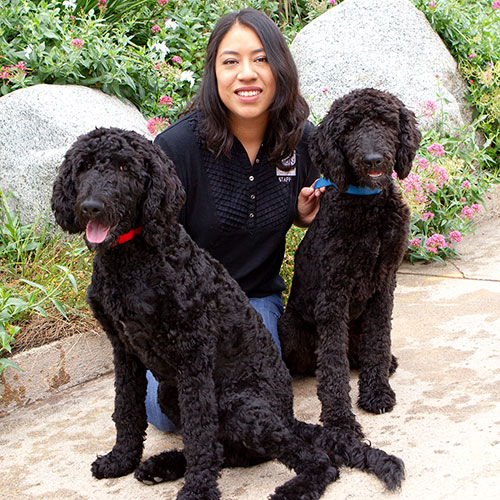 Jackie has lived in California her entire life and would not change it for the world. Her love for animals began as a child having dogs, cats, chickens and even a duck in her home.

She joined the team in 2010 and enjoys working alongside her assistant Maribelle (A basset hound/ beagle mix) who is always by her side. 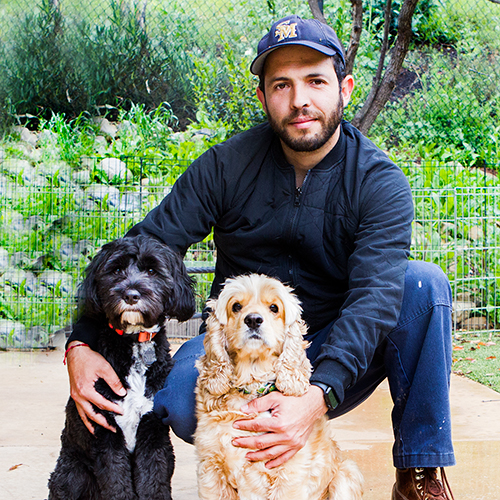 Polo grew up in his grandfather’s family ranch where he learned to care for animals and grow crops. His favorite childhood memory is caring for a small calf who had lost her mother. He would bottle feed her every day.

Polo has now been working in landscaping for 15 years and enjoys maintaining and designing gardens. 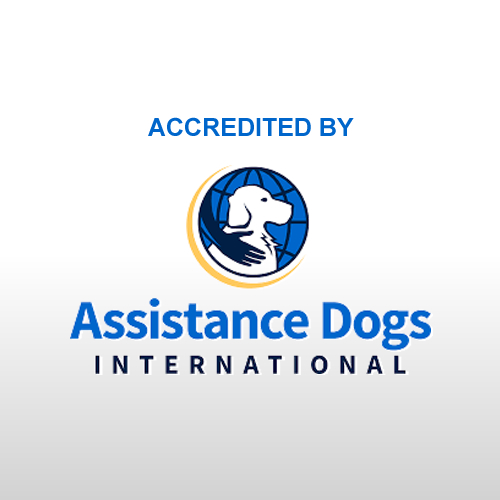 We do not accept any public donations. We offer these services FREE OF COST to all recipients of our programs.